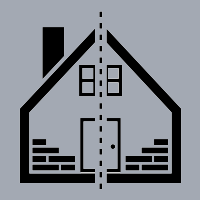 Every relationship is different, and every divorce has its unique sets of circumstances. Having an experienced divorce attorney by your side to walk you through the complicated process will alleviate stress and worry. Let’s take a look at the high net worth divorce of Sam and Gigi.

Sam and Gigi live in Dallas, Texas, and were married 8 years ago. This is a second marriage for both. Sam sold his house and moved into Gigi’s home a month before they married. Sam has been employed as a radiologist at Hospital General for the last 20 years and Gigi is a financial planner for a publicly traded company.

Gigi contributes regularly to her 401K and her two IRA accounts. She also dabbles in day-trading, and she receives stock options from her employer. Gigi recently entered into a joint venture with her brother and became a part-owner of a hot, new stock-photography company that really took off. She receives monthly royalty checks that keep increasing.

Sam and Gigi have kept their financial accounts separate during their entire marriage and they manage their own finances separately. Neither really knows what the other has as far as assets or debts go. Gigi pays the mortgage and Sam pays the household utilities, then they each pay their own vehicle and personal expenses. They also have separate credit cards.

Sam told Gigi last night that he is unhappy in their marriage, and he is going to file for divorce. He said he is going to file the divorce himself and thinks it should be pretty simple. He stated that they will sell the house now while the market is hot and divide the sale proceeds 50/50 each, and then they can each keep whatever is in their sole names that they own individually since they have no joint accounts.

Since Texas is a community property state, the characterization of property as either community or separate is very important. Each spouse may keep their own separate property and have an interest in community assets. That is why assets need to be properly characterized as separate, community or comingled. Sam and Gigi’s divorce is what we would consider a complex divorce with high net worth assets.

Let’s look at some of the issues that are involved here:

Even though Sam and Gigi have both been through a divorce before, every situation is different with unique issues.  Neither of them should not attempt this divorce matter on their own. Both would benefit by consulting immediately with an experienced Divorce Attorney. Each will need expert direction on legally tracing their separate property, preparing strategies for dividing these complex assets, carving out the most beneficial outcome, and many other aspects of this high net worth divorce.

Consulting with an experienced Divorce Attorney early on, preferably before they file for divorce, can answer the questions above and alleviate some stress and worry. No one should ‘go it alone’ in a divorce, especially when there are high net worth assets involved. An experienced Divorce Attorney should provide guidance, peace of mind, and protection throughout the divorce process.

Do you need the assistance of a Divorce Attorney in Dallas, Texas?

Call our office at 214-559-7202 or contact us online to speak with our experienced team of Dallas Divorce Attorneys today.