FREE Book- Do I Really Need A Will? 2nd EditionRequest Information

FREE Book- Who Is In Charge AFTER You Die? 2nd EditionRequest Information 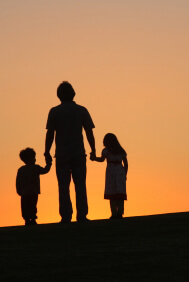 Child custody cases involve not only emotional issues, but legal issues as well. Choosing a child custody attorney as soon as you know that a divorce is impending is the best way to make sure that your children's best interest is kept in mind. In a divorce, sometimes the children can be forgotten because Dad and Mom are fighting about money, love, and other really vital themes. By choosing a custody attorney during your divorce proceedings you can make sure that someone is taking care of the needs of your child or children, because their needs are quite vital when parents are splitting up.

If you are planning to file for divorce and you want to plan ahead for custody of your children, hiring a child custody attorney as early as possible will prepare you for your court case. Filing for custody of any kind, including giving up sole custody involves a court case, and having a child custody attorney will allow your children's interests to be kept in mind throughout the trial, as well as allowing you to make better educated decisions regarding the decisions that you make on their behalf.

In many child custody cases, the most important issue decided is how much time each parent will get to spend with the child. Learn more about child visitation.