And just like that, the World’s Richest Man is divorced. 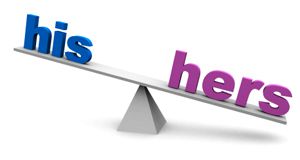 Amazon founder, Jeff Bezos and now ex-wife, Mackenzie Bezos reportedly finalize their divorce last week, just months after announcing their separation. In Texas, we would consider this divorce an anomaly as it was completed in roughly 6 months and involved high powered individuals who divided the world’s largest pot of assets.

Pursuant to this Agreed Final Decree, Ms. Bezos will now be the world’s 22nd wealthiest individual and 4th wealthiest woman in the world. Despite the division making her extremely wealthy, there was still enough left in this pot for Mr. Bezos to retain his rank as the World’s Richest Man.

This case goes to show that any divorce is possible if there are two willing individuals who want to find a way to make it work for both of them.