Can I File for Divorce? Matt and Anna's Story 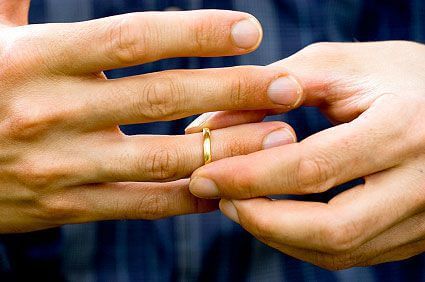 Anna hired our law firm because she wanted to pursue a divorce. As she sat in our office, she tearfully explained that nothing was really "wrong" with their marriage. Neither one of them had cheated, nor were they arguing. But, as Anna continued to explain, things just weren’t the same over the last few years. They had grown apart and were basically living two different lives. She said that she had finally come to the realization that it was time to go their separate ways because it just wasn’t worth staying together.

One of Anna’s main concerns was that the divorce process would be too difficult. Matt and Anna had been married for 35 years and had accumulated a significant amount of assets, as well as debt. Anna was also worried because she hadn’t worked during their 35-year marriage and didn’t know how she was going to pay her living expenses after the divorce was final.

After listening to Anna’s story, I advised her that Texas is a no-fault divorce state, meaning she didn’t have to give a specific reason to end her marriage. It was okay to divorce simply because they had grown apart.

I explained to Anna that our law firm had the experience and expertise to take care of the divorce process for her, so she didn’t have to worry about how difficult it would be. She could just focus on getting through the emotional upheaval she was about to face. Even though they had grown apart, ending a 35-year marriage would bring a wide range of feelings and emotions, and I didn’t want Anna to also have to be burdened with the legal process of ending a marriage.

During the divorce proceedings, we were able to help Anna receive spousal support, which is Texas’ version of alimony, as well as split up the assets and debt. Anna now had the means to be on her own and she quickly realized that she had nothing to worry about after all. She was on the road to a new life.

Are You In Need Of An Experienced Divorce Lawyer In The Dallas, Texas Area?

If you need a caring, experienced divorce attorney please contact us online or call our Dallas office directly at 214.559.7202 to schedule your free
consultation.

Get Your Free Book: Breaking Up Is Hard To Do