Should You Plan on a Prenup? 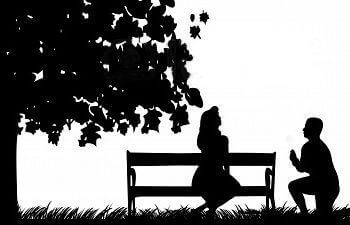 Picture this scene – a young couple sits on a park bench at the Dallas Arboretum. The boyfriend suddenly drops down on one knee and pulls out a ring from his pocket. He tells his girlfriend how much he loves her and that he wants to grow old together. Will she marry him? The girl gives an enthusiastic "yes!" The young gentleman is so happy. Then, he asks his next question, "Hey, by the way, can you sign this prenuptial agreement?"

The above scenario may have sounded romantic, until the last sentence. While prenuptial agreements may have a bad connotation for some people, these legal documents are incredibly important in the event of divorce, death or even for creditor protection during the marriage, and can save a lot of aggravation.

A prenuptial agreement is defined as a written contract between a couple who is about to marry, which establishes the terms of possession of assets, treatment of future earnings and control of the property. But most importantly, it spells out how everything will be divided if the marriage was to end. Couples who have substantial assets, high salaries or children from a prior marriage often use these agreements.